University of Newcastle historian Professor Lyndall Ryan’s world-leading research into massacres has convinced her that Europeans’ murderous behaviour in the Australian bush was motivated by thoughts of genocide.

Dr Ryan has launched the second stage of a digital map which plots the locations and details of 250 massacres, all but 10 by white Australians on Aborigines and Torres Strait Islanders, from 1788 to 1930.

Her team unveiled stage one of the map a year ago, showing massacres on the eastern seaboard, but have added 81 more after another year of painstaking research and public feedback.

Each listing details the number of victims and seeks to identify the perpetrators and their motives and methods.

The website has attracted more than 200,000 views since launching in July last year and 430 comments, mostly from people in regional areas, where most of the massacres took place.

The attacks are often described as reprisals, but the formerly sceptical Dr Ryan has no doubt the overarching aim was genocidal.

“It’s a common thread that, whatever period of time, the Aborigines are not wanted. The settlers and the police are trying to eradicate them completely from the landscape,” she said before the launch of the project’s second stage on Friday.

“I didn’t go into it expecting to find that. I’m not a genocide scholar, and I’ve actually published articles very recently saying that I didn’t think that genocide happened in Australia, and I’ve had to change my mind.

“Reading the settlers’ reports and the police reports, there’s no doubt that they wanted the Aborigines absolutely cleared out completely.

“I’m not saying that this is what the leading politicians are saying, because they’re smarter than that, but the people out there on the ground, that’s what they’re saying.”

The 20th century is a big time for massacres, and it’s something we’ve got to come to terms with.

One of the massacres listed on the map wiped out 300 Gamilaraay people at Slaughterhouse Creek, near Bingara, north of Tamworth, in 1838 at the hands of 15 “heavily armed” stockmen.

The settlers positioned themselves on the slopes of a ravine for a dawn attack on Aborigines camped below, using swords, pistols, cutlasses and shotguns to wreak havoc.

Dr Ryan said many non-Aboriginal Australians would find the extent, nature and proximity of the massacres confronting when they looked at her “map for white people”.

“Certainly the responses we’ve had to the map, people are shocked by what they see,” she said.

“We’re only, at the most, halfway through, so it’s already making that kind of impact, and it’s kind of confirming what Aboriginal people have been saying for a long time, that just about every community experienced a massacre.

“And it’s very hard to take on board when you first see it. You kind of step back and think, ‘Is that what happened? Why didn’t we know? Why haven’t we been told about this? This is not our understanding of Australian history.’” 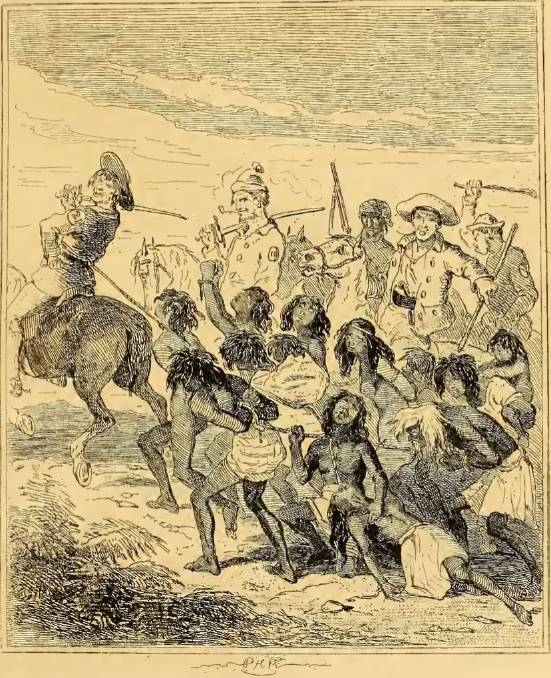 Dr Ryan expects the number of massacres to grow to about 500 before the project is finished. A third stage will include Western Australia and plot massacres until as recently as 1960.

“The 20th century is a big time for massacres, and it’s something we’ve got to come to terms with,” she said.

“As the 20th century arrives weapons are more sophisticated; they can kill more people than those from a hundred years before.

“Many of the perpetrators are probably returned servicemen from World War I, from the Boer War. We’ll find the same from World War II … We have to take account and responsibility for that.

“They’re often people who have been very disturbed by the war and can’t settle back into what we call normal, urban society, so they go off to find themselves. They have come from a period of war-time violence, and so shooting people is not so difficult for them.”

Dr Ryan defines massacres as the “indiscriminate killing of six or more undefended people in one operation”. The average number of deaths in Tasmanian massacres was 11, in Victoria 25 and in Queensland 40.

Massacres are included on the map only if the researchers have confirmed them through police reports, settlers’ diaries, newspaper articles and other sources.

The map plots only four massacres in the Hunter:

The map also details an 1836 massacre at Barraba, near Tamworth, when a Sgt Temple led squatters and mounted police from Singleton to “clear” an area near the Gwydir River of 80 Aborigines in 1836.

But Dr Ryan said a “code of silence” had prevented her from confirming more massacres in the Hunter.

“The Hunter is a very interesting spot. I know there were others, but the Hunter’s proving particularly difficult in getting the kind of information I need to put it on the map.

“I think that’s because some of the older families are still here and they’re not talking about anything. I’m still looking, and, if anyone knows, I’d be very pleased to hear from them.” 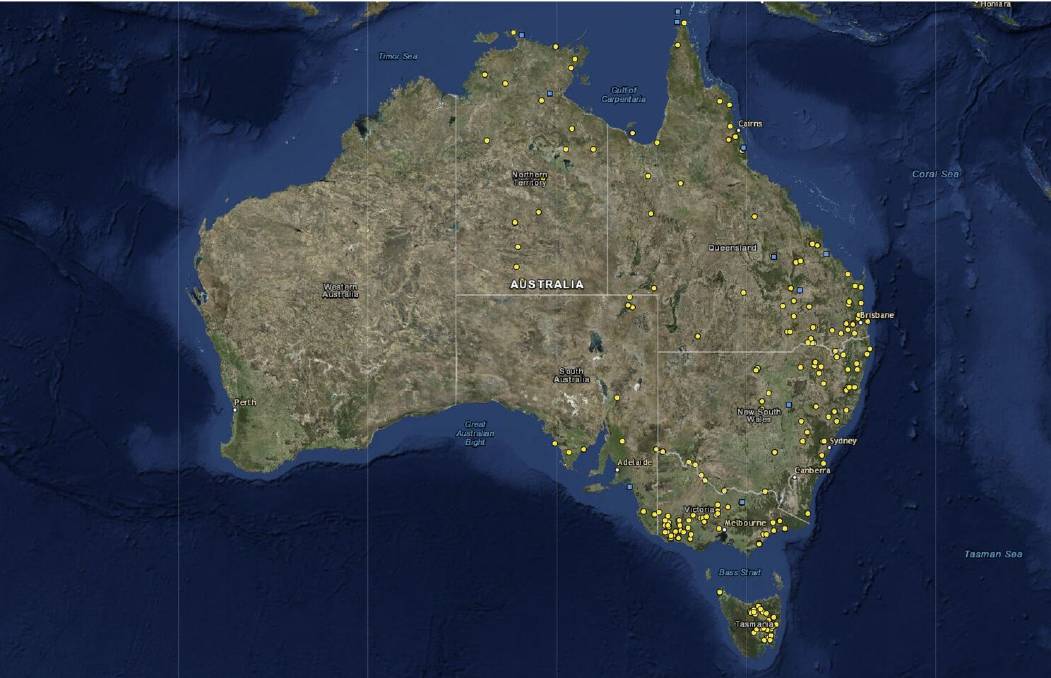 CONFRONTING: The digital map plotting 250 massacres in Australia. The third stage of the project will include Western Australia, and the research team expect to list another 250 by the time they are finished.

Dr Ryan said that, although other historians had addressed the psychology of the times, it was important to note that most of the massacres were planned.

“It’s not a sudden rush of blood to the head. They'll make sure their rifles are loaded, their horses are ready to go, and they’ll pick the time of day, usually at dawn, which is when most actions happen in military engagements today. 4am is a not very happy time of day.

“So they are well planned and they’re usually for one of three reasons: reprisal for allegedly taking cattle, reprisal for perhaps spearing or killing stockmen, or it’s an opportunity – they do it because they’re there.”

The map identifies the motives for the Barraba and Bingara massacres, where a combined 380 people died, as “opportunity”.

Dr Ryan said the settlers’ actions were, in effect, sanctioned by the state.

“It was very common for settlers and mounted police to operate together, so I think the state has a big role. It’s there in the background, and the state very rarely tries to stop what’s going on.

“There were people who were querying all the time, saying, ‘Why are we doing this? We shouldn’t be doing this. It’s not right.’ But it doesn’t seem to stop.

“I don’t think we’ve ever really discussed that as Australians, so I think seeing all these dots on the map, it does raise a whole lot of new questions.”

She hoped the map would change the way Australians thought about the past.

“Will we get a memorial in Canberra to massacres on the frontier? I think that’s something that Aboriginal people are really pushing for now.

“Will it force the Australian War Memorial to acknowledge the frontier wars? I think the War Memorial hasn’t acknowledged the experiences of Aboriginal people, and maybe this map will help them to consider that.”

The map is the first of its kind in the world and has attracted interest from a host of countries, including South Africa, Canada and the United States.

The research and what it represents are of academic interest to Dr Ryan, but it is also deeply personal.

Some days she simply has to walk away from it.

“It does take a toll on you, and it overwhelms every member of the research team. There are days when you say, ‘I have to do something else today.’ It’s gruesome and it’s horrible.

“I always find Australian history very personal. When Aboriginal people contact me and talk about their experiences, it’s very immediate.

“This is all very immediate history for me and very intimate for me, and it’s also violent. It connects with a lot of things that are going on in our society today.”