THERE'S scarcely been a dull day in Summer Bay since Home and Away burst onto our small screen all the way back in Australia's bicentennial year of 1988.

And, strewth! There's been some big moments during those 33 years. From the moment the Fletcher family - Tom (played by Roger Oakley) and wife Pippa (played by Vanessa Downing) - left the big smoke to settle in Summer Bay with their five foster children the action hasn't stopped.

From Bobby's (played by Nicolle Dickson) death in a boating accident, to the big flood of 1996 when a wild storm hit Summer Bay, to Ailsa's (played by Judy Nunn) deadly heart attack in 2000. There's also been fires, jail terms, a deadly siege and, gasp, that moment when Summer Bay favourite Sally (played by Kate Ritchie) was stabbed ... she survived.

The plot twists and turns have not only kept Australian audiences hooked for more than three decades, the show has a cult-like following in other parts of the globe. So keen are people to know more about the show and its characters that, pre-COVID, Flamin' Galah Sydney Tours would take 5000 people a year on a location tour of Home and Away at Palm Beach.

And, flamin' nora, when you're talking long-lasting cast members, Ray Meagher, who plays Alf Stewart, has been there for the long haul. He was there for the pilot episode in 1988 and has remained on the show ever since. His lines such as "stone the flamin' crows", "strewth" and "ya flamin' galah" are almost as famous as he is. Meagher was awarded a Gold Logie for his role in 2010. 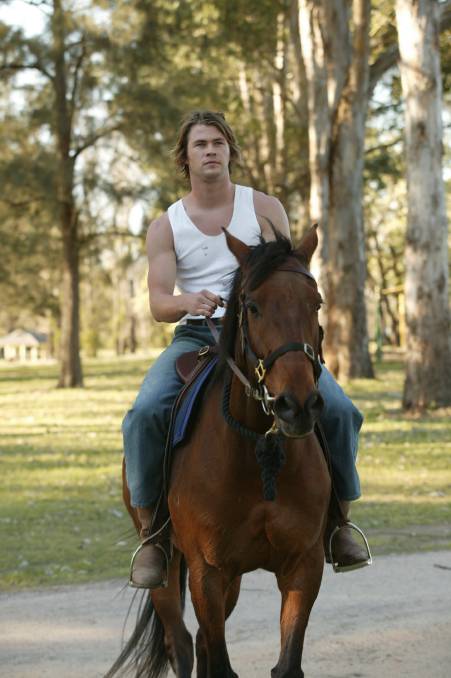 Sally (Kate Ritchie) began working on the show at eight years old and won two Gold Logies during her 20-year stint before she left in 2008.

Home and Away has notched up more than 5000 episodes and collected more than 45 Logies which is more than any other Australian show. In 2015, the show was inducted into the Logies Hall of Fame.

It's a breeding ground of talent, with a slew of actors going on to achieve Hollywood fame after walking the hallowed turf of Summer Bay. We've delved into the back catalogues of episodes to single out some of the stars (see box) who've gone on to achieve big heights since their time at "the Bay".

This week, we spoke to two actors who are revelling in the experience of being on the hit show, or Homie, as actor Emily Weir calls it. The actor admits she and her family watched it religiously so finally scoring a role on the show was a dream come true.

"My whole family are massive Home and Away people, not just my immediate family but my extended family, my aunties, my cousins, we call it Homie," she said. "It's incredible that I'm here, life is very generous sometimes and it's been a dream come true.

"I was actually in the waiting room for an audition at another show and my agent called me. She was like 'I know I shouldn't call you before you go into another audition but I just want to let you know you got the job for Home and Away'. I screamed, cried, it was the most unique feeling I've ever experienced, it was just such a joyful, joyful moment. It's like the whole world just fell away for a minute."

ON SET: Home and Away's Emily Weir (on screen as Mackenzie Booth) and Rob Kipa-Williams (on screen as Ari Parata) are excited to be part of such a well-known show. Picture: Geoff Jones

She's been playing Mackenzie Booth since she joined in December 2018 and admits she was nervous at the start. "It's intimidating absolutely to know that I was going to be running into Georgie Parker and Emily Symons and Ray Meagher in the halls, people that I idolised growing up," she said.

"People like Chris Hemsworth, Isla Fisher, Melissa George, Isabel Lucas, all these people who go on to do great things, they're great to work with and Home and Away teaches you that." 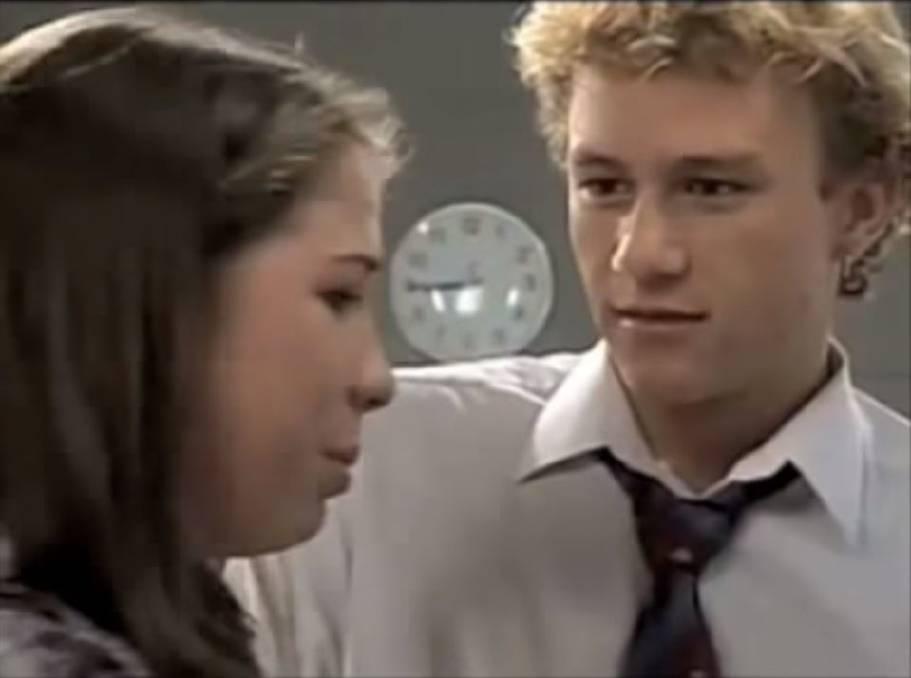 Emily may live in Sydney's eastern suburbs, but she loves working in the northern beaches and takes advantage of nature in between shots. Most outdoor locations are filmed at Palm Beach, although her character's first house was in Avalon.

"My routine is when I'm at Palm Beach and I have a few scenes off I do a big run from Palm Beach to Whale Beach and back," she said. "Whale Beach has become my little hub of calmness and I meditate when I get there and then I run back."

When not on set, Emily loves fitness and meditation and you can often find her in a hot yoga class or hiking. She's recently started cooking more and a chicken, mushroom and leek risotto has become her trademark.

My whole family are massive Home and Away people, not just my immediate family but my extended family, my aunties, my cousins, we call it Homie.

While she loves acting, in the future she hopes to start her own production company and commission scripts.

"Margot Robbie has got the career that all actors want," she said. "She started off on Neighbours and then she kept acting, kept acting, got her break in America and then she took all of that and then invested in her own production company which she runs with all of her mates and now she make films as well as stars in films. That to me would be absolutely incredible."

On screen, Mackenzie has dated Ari Parata (Rob Kipa-Williams). But he almost wasn't there: the New Zealand born actor of Maori, Irish and Scottish descent told the Northern Beaches Review he'd given up acting not long before his agent told him he'd scored a role in Home and Away. "It was the up and down nature, sometimes you've got a role, sometimes you don't have a role," he said. "Sometimes you might be promised a role by a producer and then it doesn't come through. You're always on standby in your life for something that might happen."

In late 2019, after previous roles on 800 Words, Pearl In Paradise, The Meg and West of Eden, he moved across the ditch and started on Home and Away and the enormity of being in such a well-known show wasn't lost on him. "Sometimes I'm walking along the beach and I'm thinking 'man I wonder if Chris [Hemsworth] stood here'," he said. "I can definitely see the opportunities on the other side as well, there is a real true possibility that you could be in a similar position and it feels pretty cool."

Rob feels like he's come a long way from his first paid acting gig when he was in a National Bank commercial in New Zealand and was "so green and so nervous" that you can barely see his face in the finished product. "I was literally in the ad for a quarter of a second, I was that bad, but everyone starts somewhere," he said. 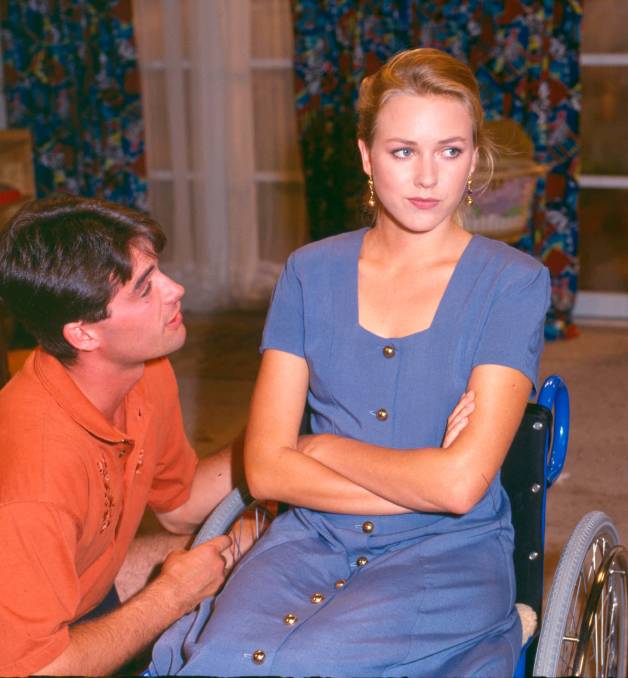 Naomi Watts was on Home and Away as 'Julie Gibson' during 1991.

Down the track, Rob would love to keep acting in TV and films. "I think over the years television has developed, in the old days a film actor wouldn't really do TV roles and now there's a point where there's crossover with streaming that big stars go on television series and they go back to movies. There's fluidity between the two mediums."

"I think it'll be the first of its kind Polynesian meditation series, you'll hear sounds on it from right through the islands of Polynesia," Rob said. "I'm creating tracks from different islands that are more distinct to say Samoa or Tonga or the Cook Island and Maori." Thanks to COVID, he hasn't seen his Kiwi family for quite a while but is planning a trip home in July. "I miss everything about it, it's hard to explain the connection with your homeland - family, friends," he said.

Until then, he's enjoying working in his adopted work home of the northern beaches: walking, swimming and hiking: he recently hiked up Barrenjoey Lighthouse.

"You see it from a distance as a landmark, but once you walk up those trails and you get up the top it's remarkable," he said. "My other favourite place is the rockpool [at Palm Beach]. We don't have rockpools at the beach in New Zealand like they do in Australia so I've been down there quite a few times on my break and I walk down there and go for a swim."

From humble beginnings in Summer Bay

IT'S the soap that launched Hollywood hotties and paved the way for some of the small and silver screen's best known actors. 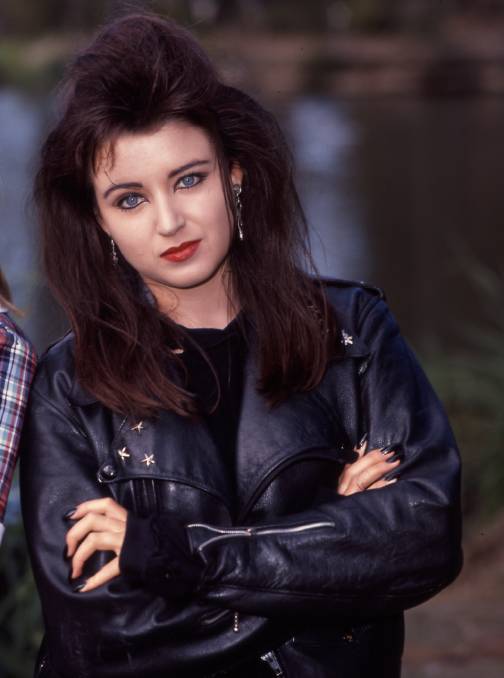 A number of Aussies who are currently working in Hollywood once stayed at the caravan park or had a meal in the Summer Bay Diner - Chris Hemsworth, Isla Fisher, Naomi Watts, Julian McMahon and the late great Heath Ledger, just to name a few.

Chris Hemsworth played hunky Kim Hyde on the show from 2004-7 before he most recently added Thor, The Avengers, Extradition and Men in Black: International to his long list of hit movies.

Naomi Watts (on in 1991 as Julie Gibson) most recently starred as Newport woman Sam Bloom in hit movie Penguin Bloom. That came following King Kong, The Impossible, Allegiant and a host of others.

Heath Ledger (on in 1997 as Scott Irwin) went on to star in a host of films including The Dark Knight, Brokeback Mountain and 10 Things I Hate About You, before he died aged 28 in 2008.

Isla Fisher was on for three years, 1994-97 as Shannon Reed and has since starred in The Great Gatsby, Blithe Spirit and Wedding Crashers, among others.

Julian McMahon, son of former Australian Prime Minister Sir William McMahon, was on the show from 1990-91 as Ben Lucini. He went on to model and act with movies Fantastic Four and Premonition among those on his resume.

Dannii Minogue (1989-90) has since found fame as an actor, singer, fashion designer and television personality.

Guy Pearce was in the show during 1991, after a stint on Neighbours from 1986-89, has gone on to be an actor, film director, singer and songwriter.

Other actors who made it 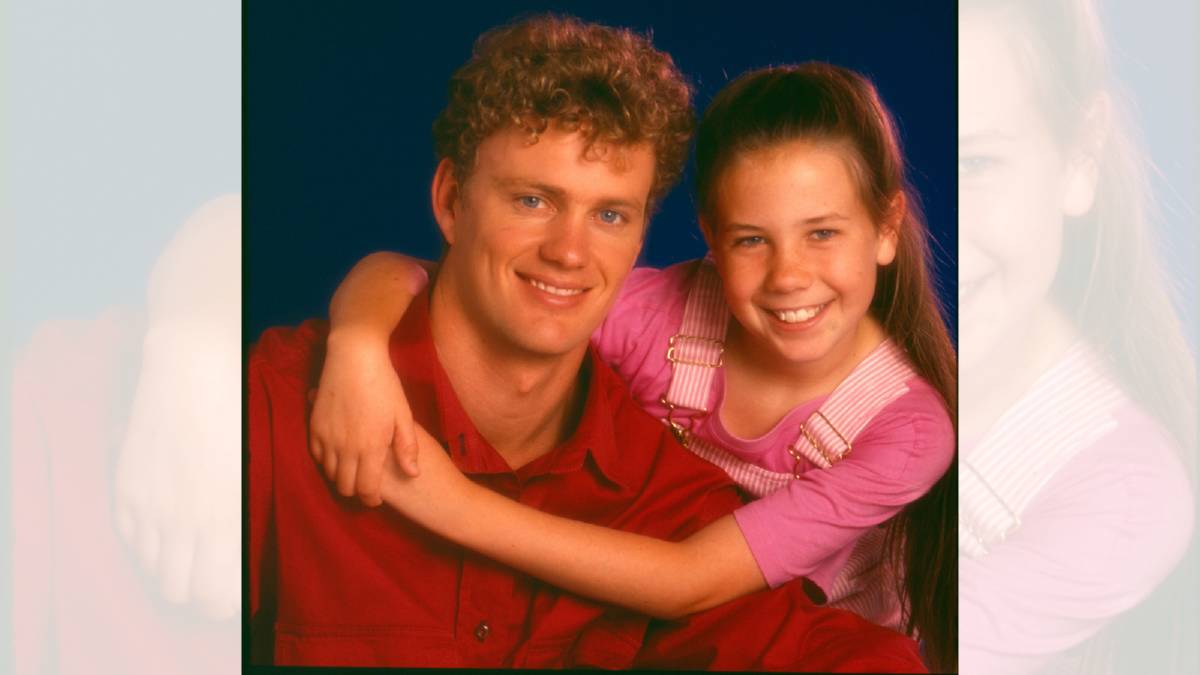 Then: Luke Bracey was 'Trey Palmer' 2009-2010. Now: Leading roles in The Best of Me, Point Break, Hacksaw Ridge, Lucky Day and Holidate.

Then: Isabel Lucas was 'Tasha Andrews' 2003-2006. Now: Transformers: Revenge of the Fallen, Red Dawn and MacGyver.

Then: Tammin Sursok was 'Dani Sutherland' 2000-2004. Now: The Young and the Restless and Pretty Little Liars.

LOGIES 2015: Home and Away is inducted into the Hall of Fame

Home and Away at a glance

This story In between all the drama, Home and Away has churned out the stars first appeared on Northern Beaches Review.